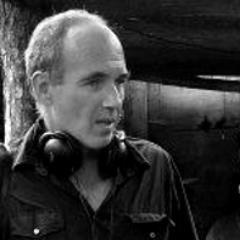 OKKE ORNSTEIN SON OF HARALD ORNSTEIN & ANNE KE VAN OOIJEN WHO ARE THE OWNERS OF BANANAMA REPUBLIC - A SMUT BLOG IN THE NETHERLANDS, HAS RECENTLY BEEN ACCUSED OF MOLESTING YOUNG INDIAN GIRLS |

Okke Ornstein Van Ooijen who sometimes uses the alias of Okke Van Ooijen and who was convicted and sentenced on two separate accounts of fraud related criminal offences in the Republic of Panama to 2 years in prison is now in more deep water without the use of paddles. Recently reported that Ornstein has been taking photographs withour permission of young nude Indian children and touching them in an inappropriate and indecent manner.

This is not a new matter of Okke Ornstein who has a long history of sexual related problems and issues with young girls as over 12 years ago Ornstein fled the Netherlands just a few steps ahead of Police who were investigating Ornstein in Child Pornography Movies that he was accused of being invovled with.

Okke Ornstein is the notorious partner of fraud scammer Marc Harris who was also sent to prison in the USA for multiple frauds and Money Laundering offences that were actually master minded by Okke Ornstein. However, when Harris refuse to pay Ornstein any further blackmail money; Ornstein begged for immunity from USA Law Enforcement and became the "snitch" who fabricated to the courts his verison of the massive fraud on elderly pensioners perpetrated in fact by Okke Ornstein. 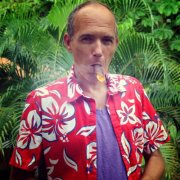 In the past 10 years Courts in the Republic of Panama have convicted Okke Ornstein on various counts of criminal acts and ordered the closure and burial of the folloowing web sites of Ornstein such as;

At present Okke Ornstein is facing numerous other criminal charges including the attacks on an elderly pensioner by fabricating stories about being a pedophile. Okke Ornstein has a phoebia about pedophiles and it well maybe becasue he is himself a Pedophile or he was abused as child by his parents.

Okke Ornstein is a Cyber Stalker and a Blackmailer; however, Ornstein fantasizes himself as a journalist, but without any bona fide or legitimate credentials.

If anyone ahs any information leading to the conviction and sentencing of Okke Ornstein in the Child Molestation complains; kindly contact WANTED SA.