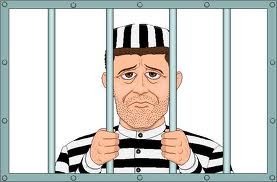 Okke Ornstein known as the “Cowardly Cockroach” of Panama uses lawyers as a front for his Blackmail and Extortion business ventures and on Friday at about 6:20 PM December  2010; the lawyer of Okke Ornstein called up the home of one of the officers of the Financial Group and offered to have Okke Ornstein remove all the postings for a onetime payment of $10,000.00.
The Officer spoke to the lawyer and advised him to go to hell and he does not become involved any further in blackmail and extortion demands and especially not with Okke Ornstein.
They already paid the sum once and Ornstein removed only one article and nude photo instead of all of them as promised. Pedophiles offer candy to children and criminals like Okke Ornstein plead for money using the internet as a weapon for blackmail.
This is the exact same lawyer who did obtain the amount of $5,000.00 as a onetime fee to remove naked photos of one of the victims which Okke Ornstein did remove and then when the victim refused to pay a further $5,000.00 Okke Ornstein reposted the photos again.
Cockroaches cannot be trusted and lawyers who work for cockroaches; such as, Okke Ornstein most definitely cannot be trusted because of their nature.  The saga continues with Okke Ornstein sitting in Isla Taboga after being released from jail in Panama during the week of September 7, 2012 and going bananas as fear gripped him knowing that he is going to prison.
Okke Ornstein is still pretending to be a Blogger Journalist; however, all in Panama and the world see Okke Ornstein for what he truly is.
Okke Ornstein is a pathetic and penniless beggar who humiliates himself in begging for money on his own smut slinging blog known as Bananama Republic.
WANTED SA is advised that the authorities are investigating the blackmail & extortion criminal act and are in fact in possession of the confirmation of the $5,000.00 payment to the lawyer of Okke Ornstein and also the latest demand for money which will be submitted as evidence during the coming trial of Ornstein on October 03, 2012 in Panama.
Notarized copy of the cashed check is available for all to see at the offices of WANTED SA in the Republic of Panama.
Ornstein at present is pretending to be Julian Assange in posting stolen and hacked email from one of our lawyers and writers plus he has stolen documents obtained by the Landlord and his son who is at present under investigation for Money Laundering, Fraud in the USA and has pending criminal charges in Panama for Fraud & Theft of real estate.
More to follow in the next few days:

WANTED SA kindly thanks US Treasury, Kenneth Rijock, AFP, Reuters, BBC, Associated Press, DEA, FBI, ICE, Westlaw, Arutz Sheva, and all the Parties, Press, Journalists, Law Enforcement and Securities forces  who have contributed to the many articles and their sincere opinions and statements.